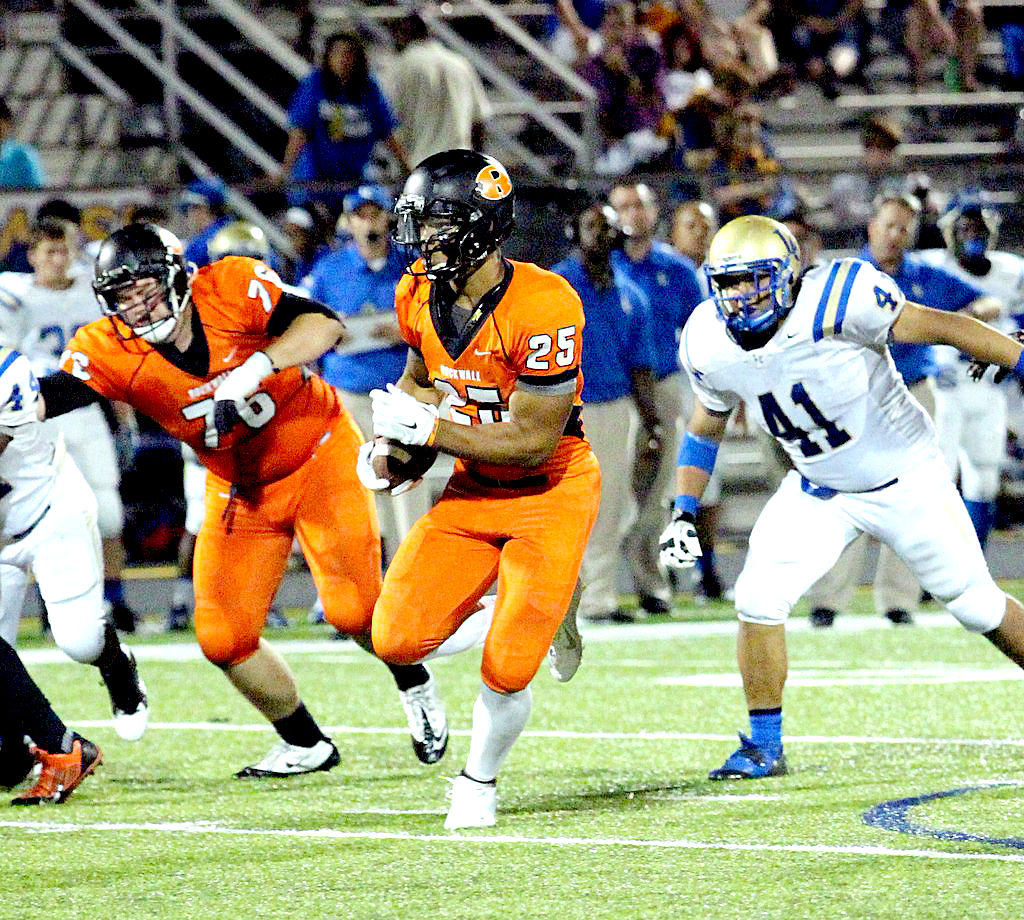 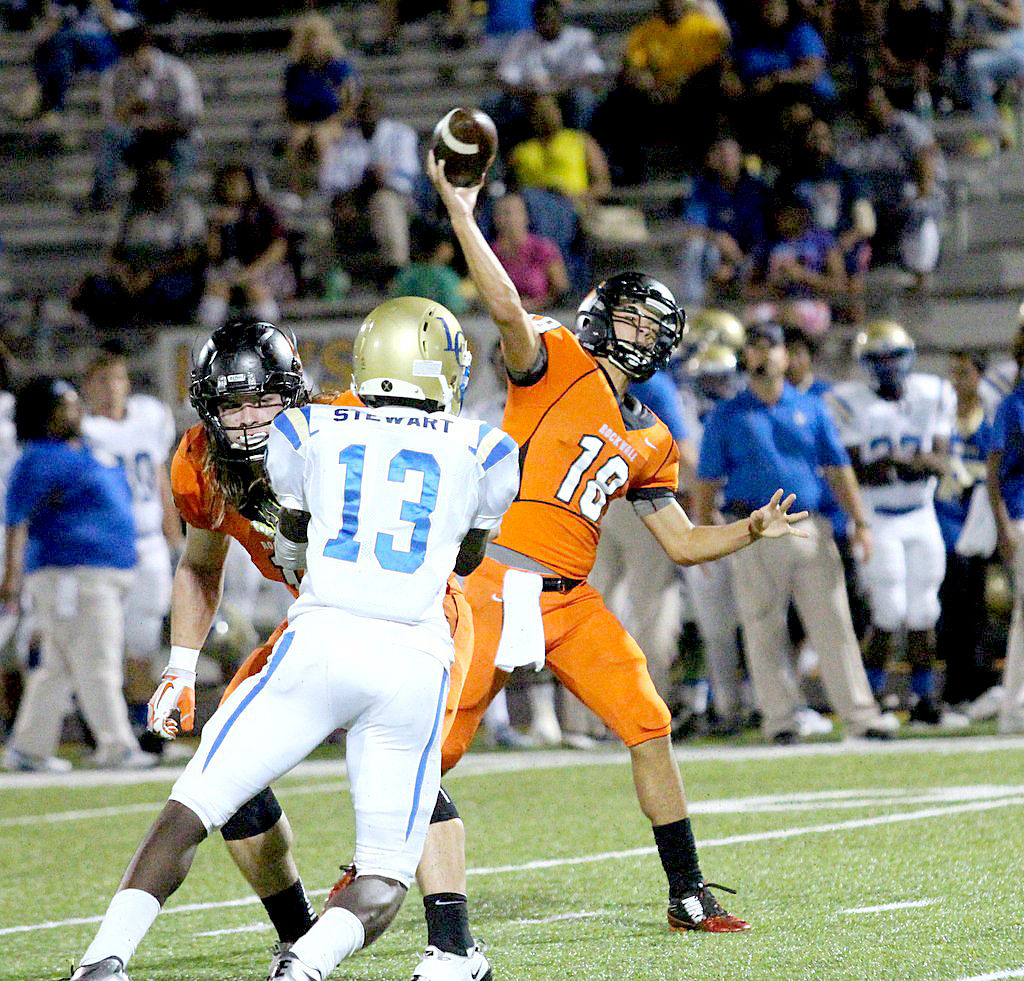 Will Reed threw for more than 300 yards and five touchdowns during Rockwll's 70-35 homecoming win over Lakeview Centennial. 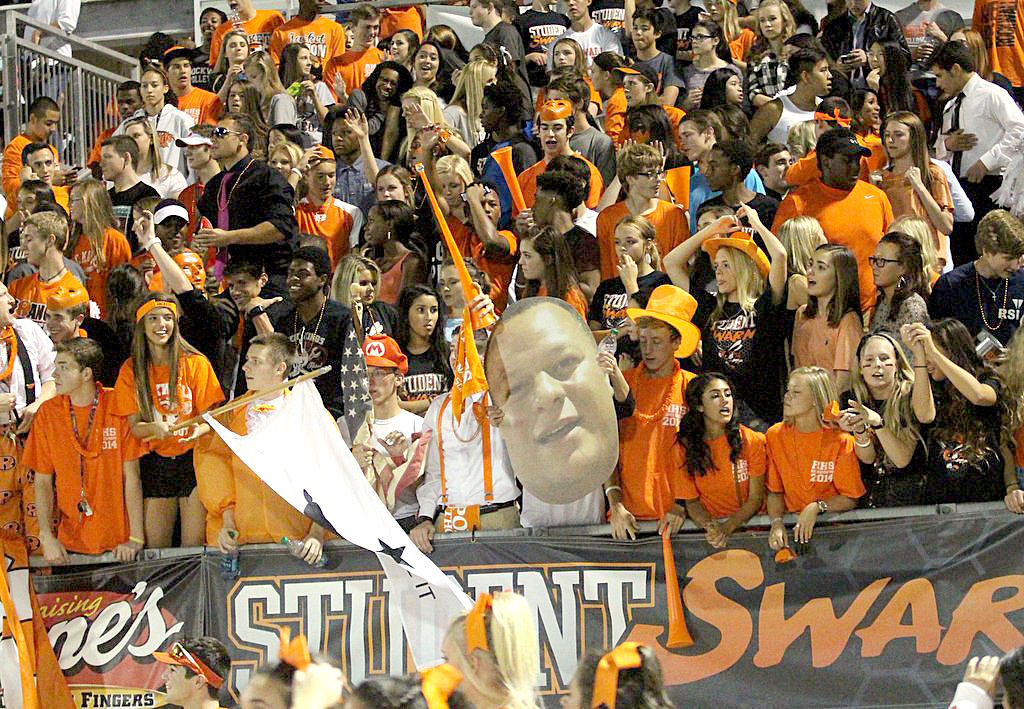 Rockwall's "Student Swarm" section was at its best Friday, cheering on the Jackets to a big homecoming win. 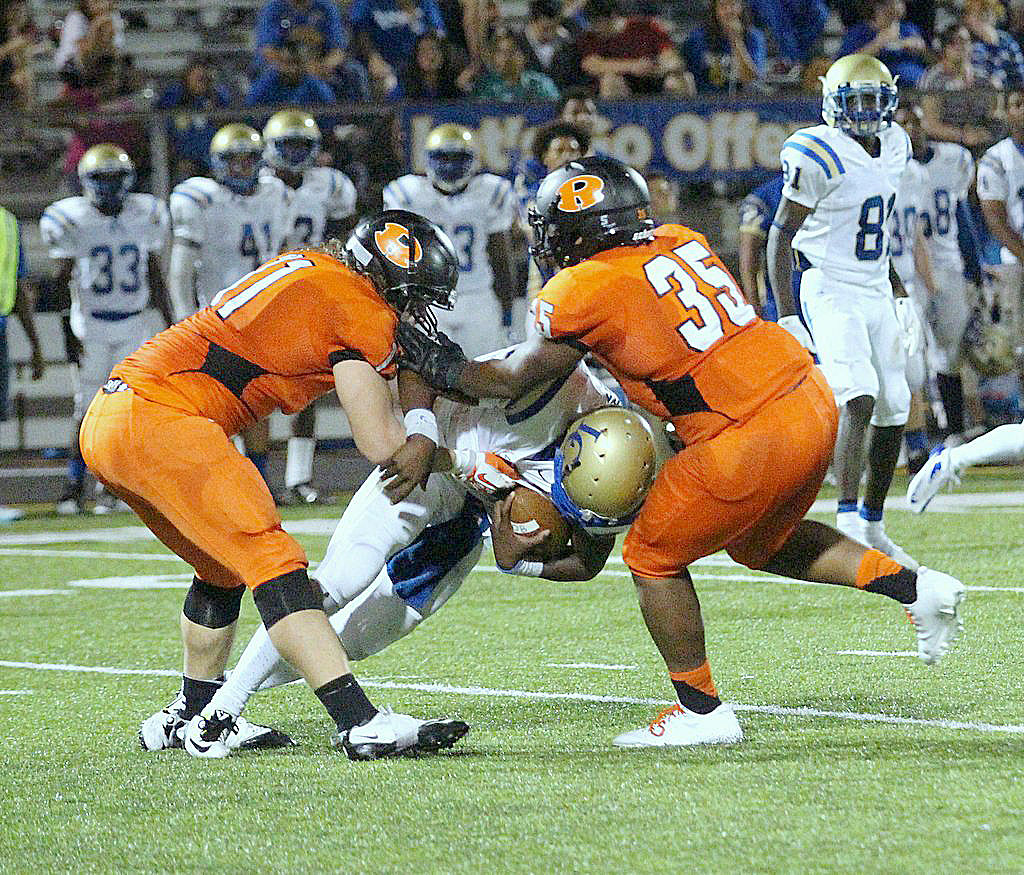 Will Reed threw for more than 300 yards and five touchdowns during Rockwll's 70-35 homecoming win over Lakeview Centennial.

Rockwall's "Student Swarm" section was at its best Friday, cheering on the Jackets to a big homecoming win.

If the rest of District 11-6A didn’t already know, they might want to take notes after Rockwall put up 679 yards during Friday’s homecoming game against Lakeview Centennial at Wilkerson-Sanders Stadium.

The triple threat of Chris Warren, Xavier Castille and Will Reed came up big time and time again as the Yellowjackets (5-0 overall, 2-0 district) stayed atop the league standings with a 70-35 whipping of the Patriots, who lost their third straight game and fell to 2-3 overall and 0-2 in district.

Castille and Warren combined for 477 yards and eight touchdowns, including five in a crucial stretch that saw Rockwall rip off 35 straight points, taking a 28-21 lead late in the second frame and turning it into a blowout.

Reed completed 15-of-20 passes for 332 yards and five touchdowns, including four to Castille covering 31, 49, 47 and 49 yards, respectively. Castille finished the game with 241 yards on 10 receptions.

Warren gained yardage on the ground seemingly at will, tallying 236 yards on just 15 carries with touchdowns of 63, 20, 44 and two yards. A.J. Blacknall gained 76 yards and scored a touchdown in the fourth quarter. Reed, Castille and Warren played just one snap in the fourth.

Lakeview finished the night with 412 yards – bringing the combined total to 1,091 – but got a large chunk of that number once the game was out of reach.

The Patriots’ Devante Broadway scored the second of his two first half touchdowns with just under four minutes left in the half to bring Lakeview to within 28-21. At that point, it appeared as if the Jackets were in for a long fight.

That wouldn’t be the case.

Rockwall answered with a two-play scoring drive – runs of 41 and the 20-yard score by Warren – and Tamba Juanah intercepted a last-second heave by T.J. Edwards to thwart a scoring chance just before halftime.

The Jackets scored three times in the third period and again on the first play of the fourth, putting the game way out of reach for the hapless Patriots.

Warren and the Jackets wasted no time putting points on the board in front of almost 7,000 Rockwall fans, as the senior dashed untouched for a 63-yard touchdown on the second play from scrimmage. Before the game was four minutes old, Rockwall had a 14-0 lead and the first connection between Reed and Castille.

Following a Lakeview touchdown that came as a result of a fumbled punt return by the Jackets, Reed hooked up with Wyatt Miller on a 23-yard score. The Patriots quickly answered to make it 21-14.

Castille took a screen pass on the ensuing possession and turned it into a 49-yard touchdown, putting the Jackets in front by two scores again, but the Patriots again managed to trim the deficit back to a touchdown.

That’s when things got ugly.

Warren scored from 20 yards, then again from 44. Reed hit Castille in stride for a 47-yard dagger, followed by an easy two-yard Warren score. And – on the first play of the fourth – Castille was wide open again for a 49-yard scoring play.

Blacknall added a two-yard touchdown run in between a pair of meaningless Lakeview scores in the fourth period.

In addition to Juanah’s interception, the Jackets got sacks from Luke Termin, Jaylen Veasley, Dante Thomas and Kenneth Tobias, as well as a pair from Chib Ihediwa. Demetre Cooks was also a major factor on the defensive side of the ball.

Rockwall will be home again Friday to entertain Naaman Forest at 7:30 p.m. The Rangers (1-4, 1-1) picked up their first district win and first of the season Thursday night with a 42-21 besting of winless North Garland.