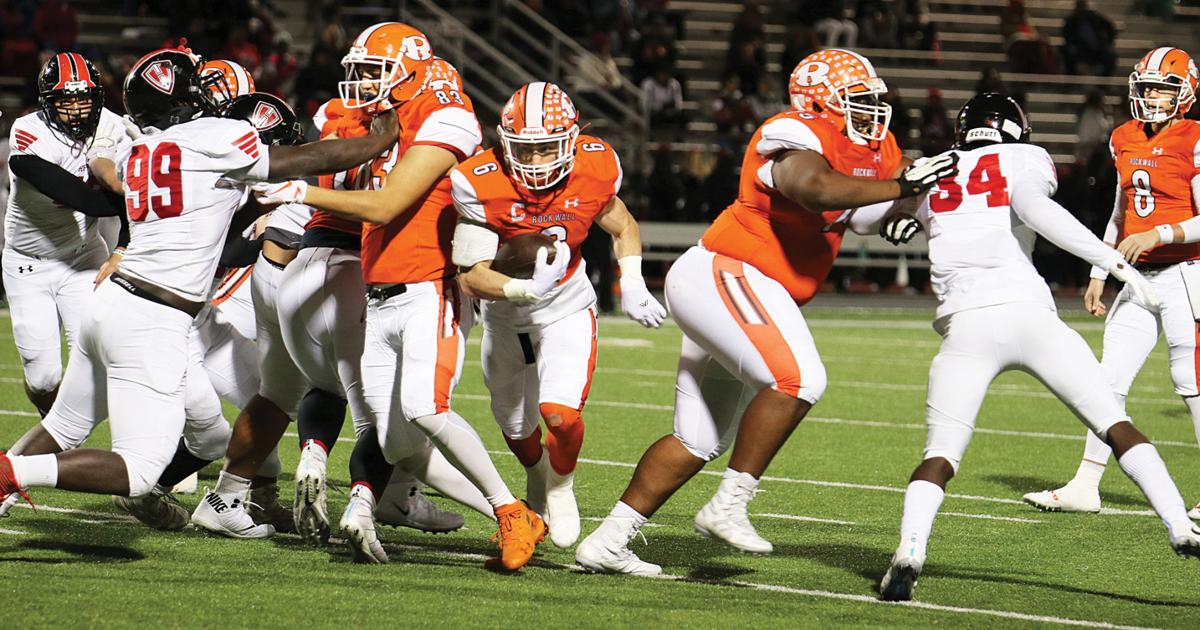 Zach Henry runs through a big hole in the Harker Heights defense on this carry for the Rockwall Yellowjackets during their bi-district victory. 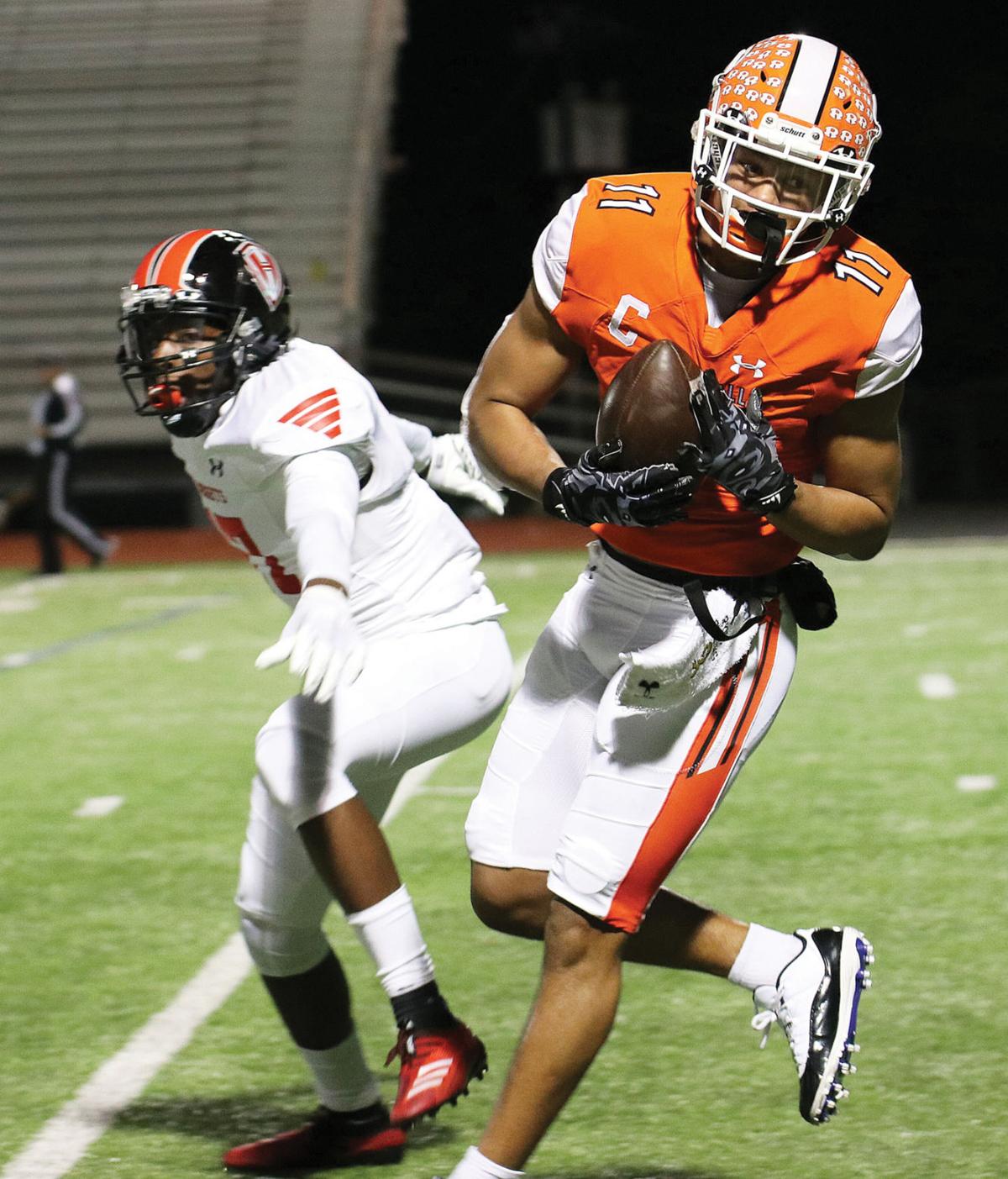 Zach Henry runs through a big hole in the Harker Heights defense on this carry for the Rockwall Yellowjackets during their bi-district victory.

After opening the Class 6A football playoffs with a 47-7 bi-district pounding of Harker Heights last week, the Rockwall Yellowjackets will step up a level in classification and in competition on Friday.

The 9-2 Jackets will take on the 11-0 Allen Eagles in an area playoff game at AT&T Stadium in Arlington, the home stadium for the Dallas Cowboys.

Allen has won five state football titles in the past 11 years and is ranked No. 3 in 6A by “Dave Campbell’s Texas Football Magazine.” The Jackets are ranked No. 22.

Rockwall rolled up 433 total yards against a Harker Heights team that finished the season with a 4-7 record.

Jacket quarterback Braedyn Locke was 16-of-27 passing for 254 yards and two touchdowns and also ran a yard for his first rushing TD of the season. Locke ranks among the top passers in the state, completing 187 of 316 attempts for 3,168 yards, 38 touchdowns and six interceptions.

Two more Jackets also threw the football against Harker Heights. Caden Marshall threw a 57-yard touchdown pass to Kahlil Catlett and freshman Lake Bennett was 2-of-2 passing for 31 yards as the Jackets passed for 342 yards.

Zach Henry led the Rockwall rushers against Harker Heights with 68 yards and a touchdown on 13 carries. Henry leads the Jackets with 1,115 yards and 15 TDs on 150 carries. Catlett has rushed for 590 yards and five TDs on 118 carries.

Allen won its bi-district game 55-20 over Sachse. The Eagles, who were the District 9-6A champions, are averaging 42 points per game while giving up an average of 18 points per game.

Quarterback Raylen Sharpe directs the Eagles’ offense. Sharpe has passed for 2,344 yards and 19 touchdowns and has rushed for 457 yards and 11 TDs. Sharpe is 145-of-221 passing with five interceptions.

Allen beat Rockwall in the area round last year, 52-40, on the way to the state finals. Smith-Njigba caught 14 passes for 267 yards and three TDs in that game and Henry ran for 118 yards and two TDs.