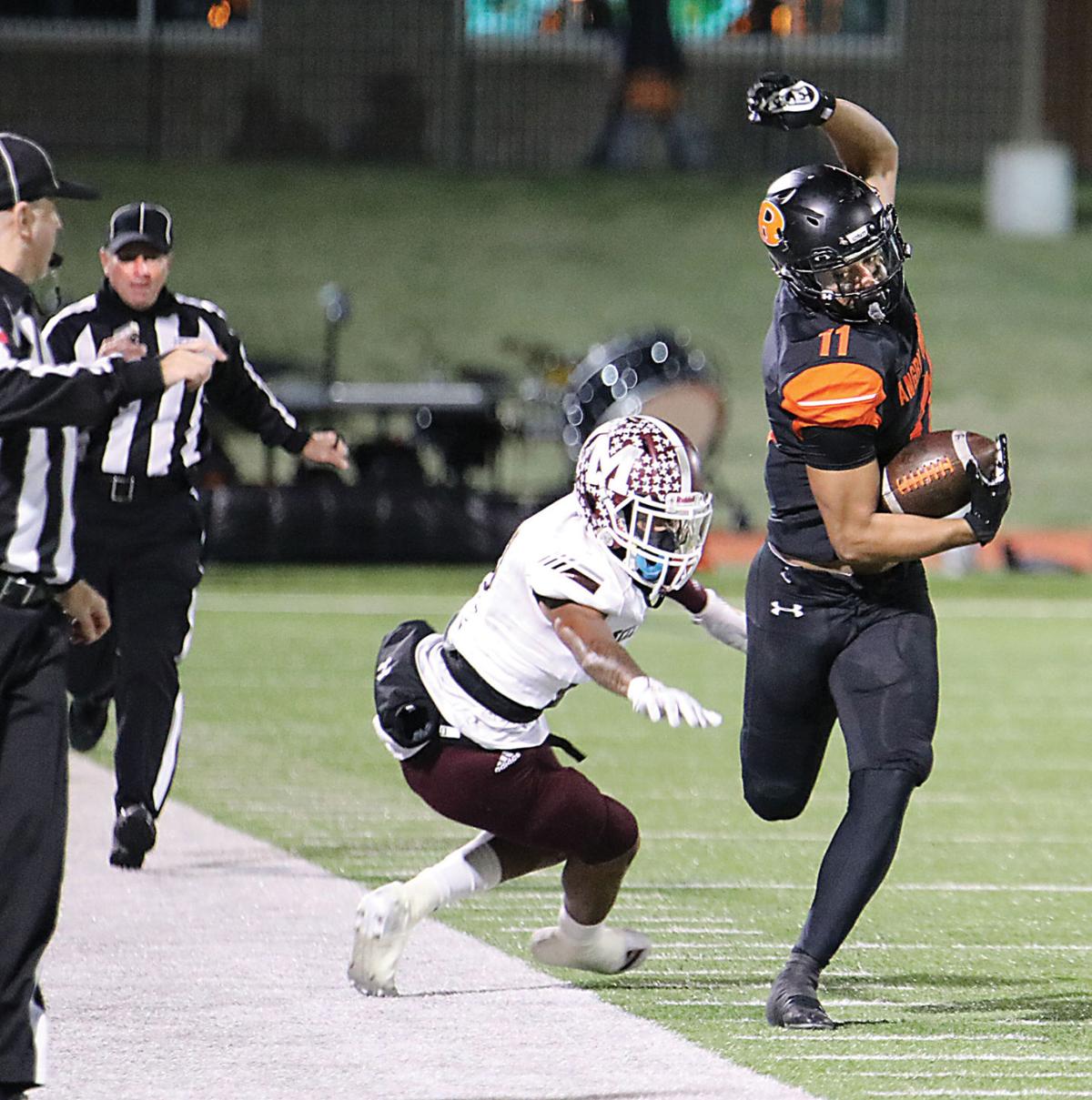 Jaxon Smith-Njigba stays inbounds and avoids a tackle on one of his fourth touchdown receptions during the Rockwall Yellowjackets' 66-42 win over Mesquite. 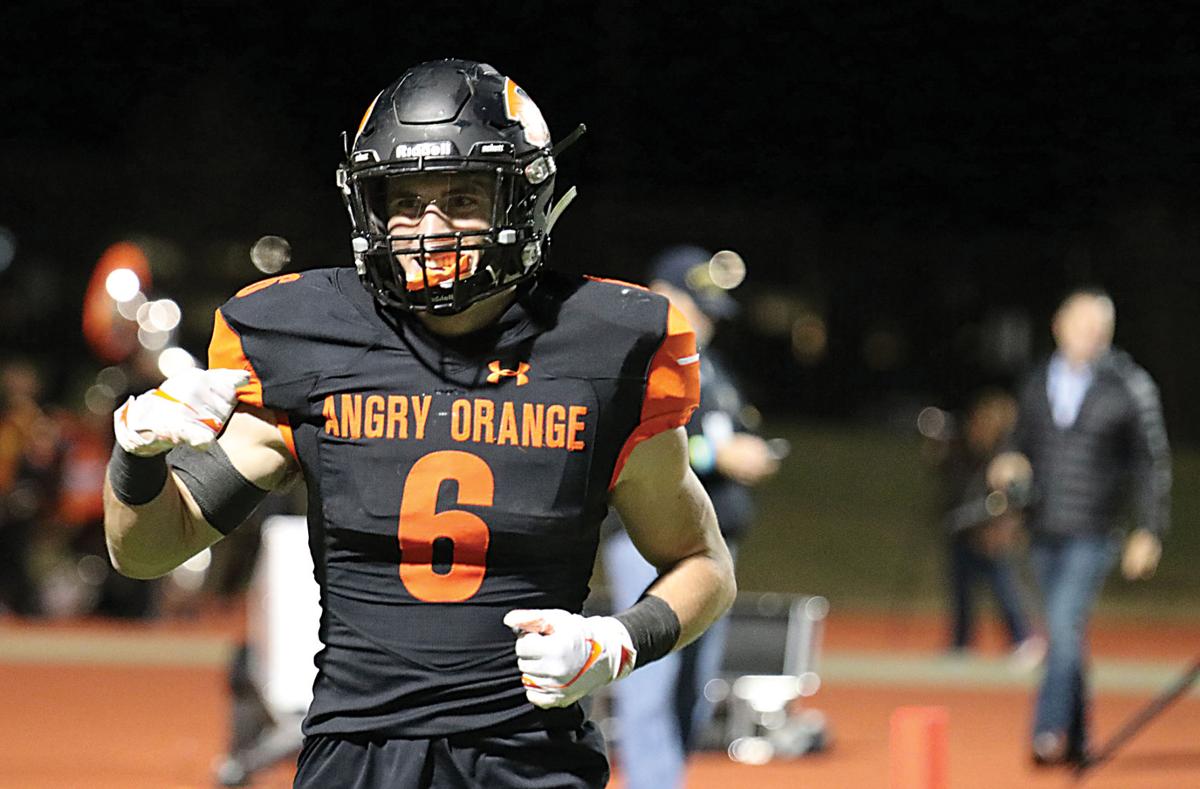 Zach Henry smiles during the Jackets' 66-42 win over Mesquite. Henry rushed for 219 yards and four touchdowns. 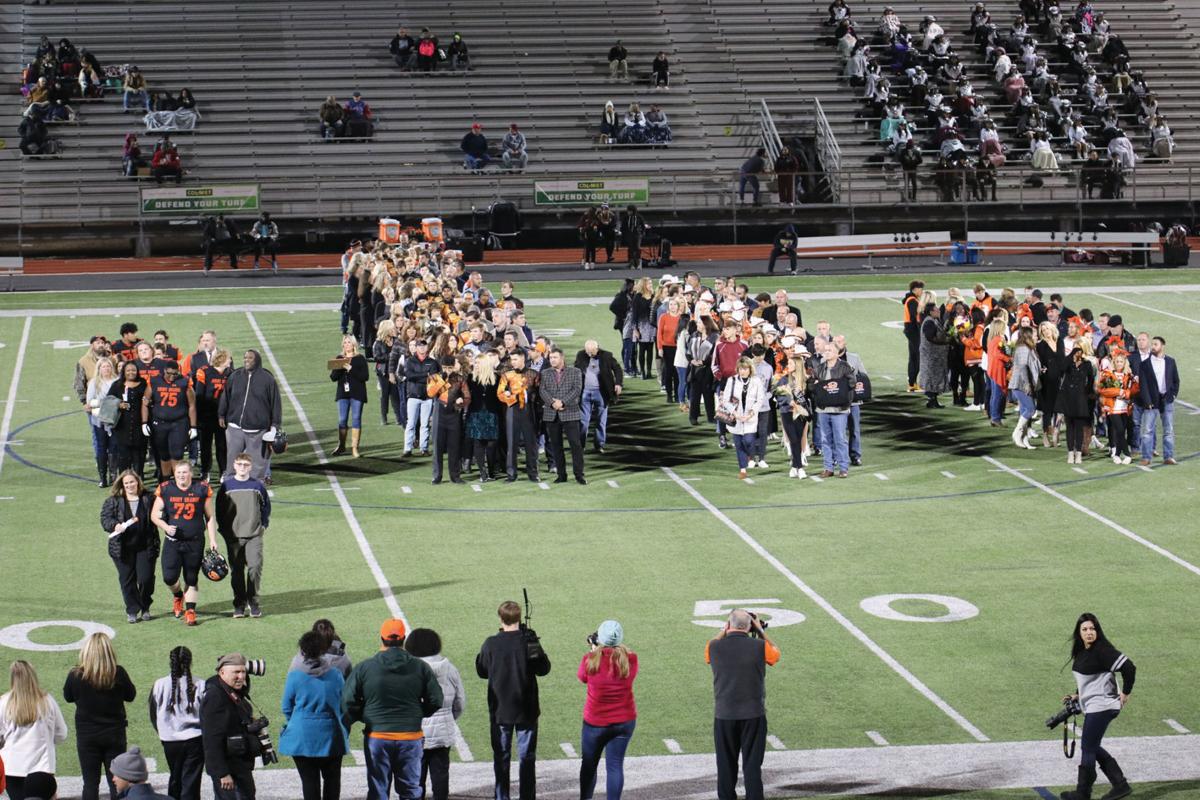 Jaxon Smith-Njigba stays inbounds and avoids a tackle on one of his fourth touchdown receptions during the Rockwall Yellowjackets' 66-42 win over Mesquite.

Zach Henry smiles during the Jackets' 66-42 win over Mesquite. Henry rushed for 219 yards and four touchdowns.

Braedyn Locke, Jaxon Smith-Njigba and Zach Henry helped the Rockwall Yellowjackets close out the regular football season with a bang at home on Friday.

Locke passed for 416 yards and five touchdowns, Smith-Njigba caught nine passes for 327 yards and four TDs and Henry rushed for 219 yards and four scores as the Jackets outscored Mesquite 66-42 at Wilkerson-Sanders Stadium.

The Jackets completed the regular season with an 8-2 record and District 11-6A with a 5-1 record. They will play either Killeen Shoemaker or Harker Heights next week in Rockwall in the bi-district playoffs.

“We play in the toughest district in the state in 6A,” said Rockwall coach Rodney Webb. “Any district win is a good win.”

Smith-Njigba, who is headed to Ohio State, ranks among the state’s receiving leaders with 67 catches for 1,404 yards and 22 touchdowns, though he missed two games with an injury.

“They (Locke and Smith-Njigba) pretty much both have put up great numbers all year,” said Webb. “They have great connections.”

“We get a lot of attention because of the numbers on the passing game that we put up,” said Webb. “But we’re really proud of the rushing numbers. The last five weeks we’ve rushed for more than 200 yards in every game. We’re a two-back run game offense. That’s where it all starts.”

Ethan Spearman also booted seven extra points and a 41-yard field goal for the Jackets, who scored 21 points in the first quarter, 21 in the second quarter, 17 in the third and seven in the fourth.

The Jackets finished with 695 total yards.

Mesquite, which dropped to 7-2 for the season and 3-2 in district, wound up with 578 total yards, including 487 rushing.

Mesquite quarterback Dylan Hillard-McGill, who has committed to Minnesota, ran for 178 yards and one touchdown on 15 carries and was 6-of-21 passing for 83 yards and a TD.

LaDarius Turner rushed for 149 yards and a score on 22 carries and R.J. Bonner picked up 93 yards and two touchdowns on nine rushes.

Ja’Darion Smith caught three passes for 55 yards and a TD for the Skeeters.

Rockwall will be off with a bye on Friday night as the Jackets scout Shoemaker and Harker Heights.

Webb said he’d have preferred to have the bye earlier in the season and that when teams get a bye in the regular season they can spend two weeks preparing for one opponent. The Jackets won’t know who their bi-district opponent is until Friday night.