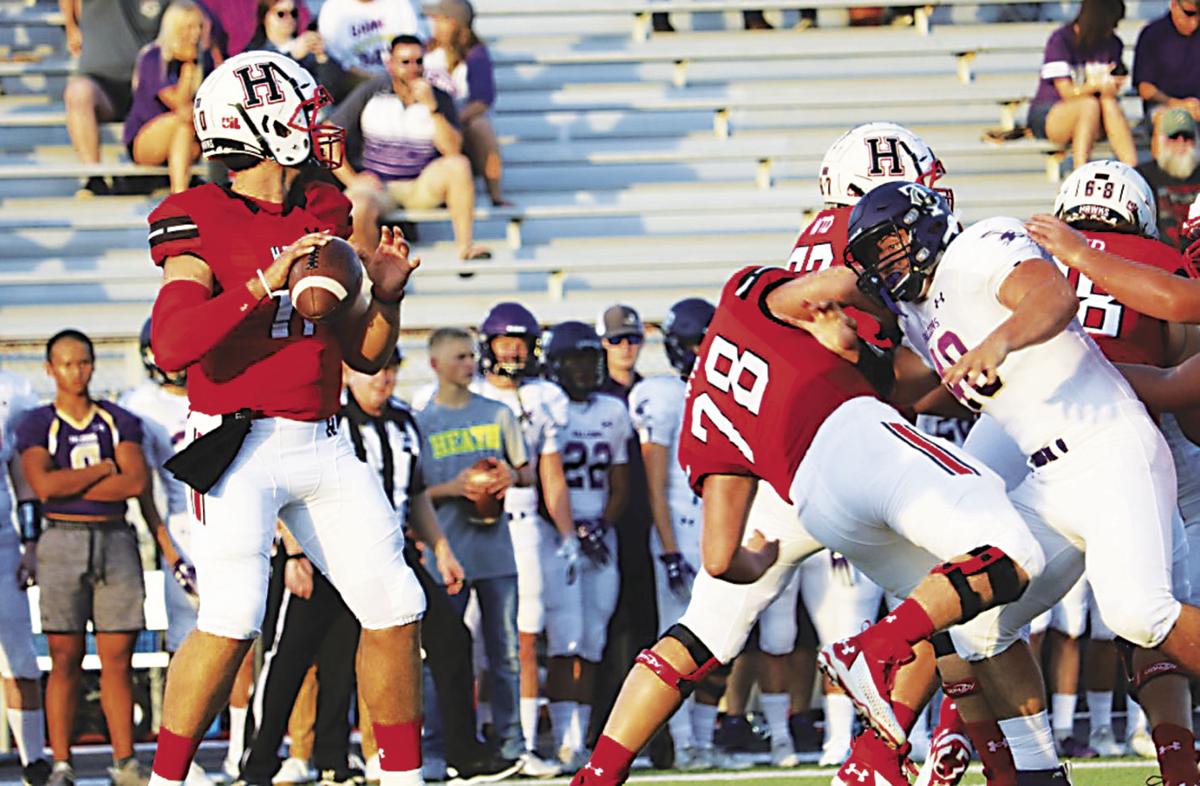 The Heath Hawks attempt a pass during their win against Fort Worth Timber Creek. Haws quarterback Josh Hoover threw for 309 yards and three touchdowns. 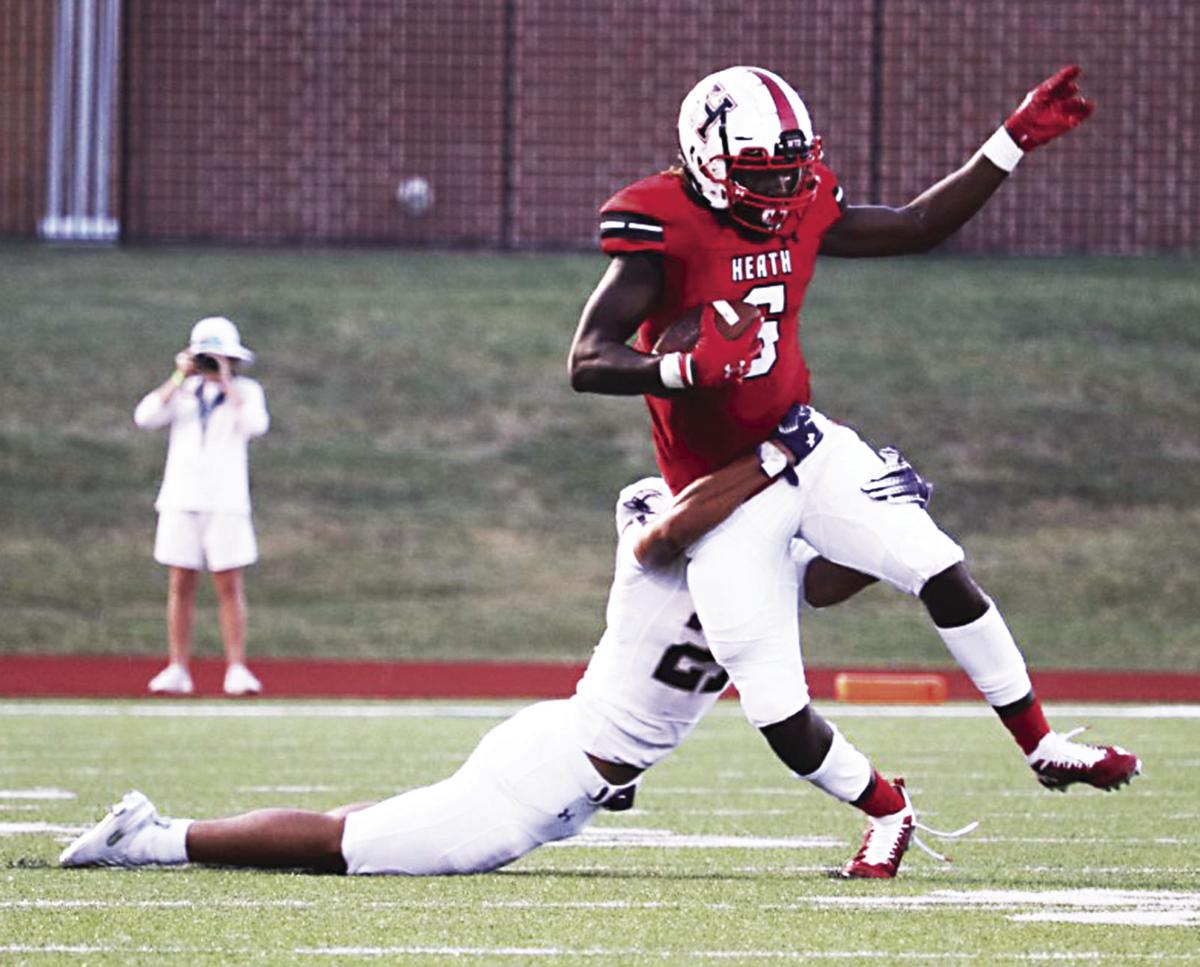 The Heath Hawks attempt a pass during their win against Fort Worth Timber Creek. Haws quarterback Josh Hoover threw for 309 yards and three touchdowns.

After winning their football season opener in a big way, the Rockwall-Heath Hawks will go for their second straight home win on Friday.

The Hawks, who whipped Fort Worth Timber Creek 38-10 in the opener on Thursday, will entertain the Wylie Pirates at 7:30 p.m. at Wilkerson-Sanders.

Heath, which averaged 151 yards passing per game last season, doubled that number in the first game of the 2019 season. Sophomore Josh Hoover, in his first varsity start, went 10-of-18 passing for 309 yards and three touchdowns.

Hoover spread the completions out among five receivers. Senior Jayden Jones averaged 54.5 yards per catch with two catches for 109 yards and one touchdown.

Trey Graves, another senior wide receiver, averaged 43 yards with two receptions for 86 yards and one touchdown.

Corbin Cleveland caught one pass for 16 yards and Grant Watson caught another for 5 yards.

The Hawks avenged a 47-10 loss to the Falcons last year.

Timber Creek managed only 56 yards rushing against the Hawk defense with a long gain of 10 yards. Kaden Bess rushed for 46 yards and the Falcons’ only touchdown on 22 carries. Falcon quarterback Jason Akers was 15-of-21 passing for 154 yards.

The Hawks intercepted one pass.

Heath will be taking on a Wylie team that is 0-1 for the season following a 14-6 loss to Plano Prestonwood. Prestonwood limited the Pirates to 261 total yards of offense.

Wylie quarterback Mason Lang was 15-of- 30 passing for 180 yards against Prestonwood, including a 7-yard touchdown pass to Malik Ford.

Tre Sheffield led the Pirate rushers with 45 yards on 26 carries.

Wylie was a 6-6 bi-district champion last year in Class 6A.