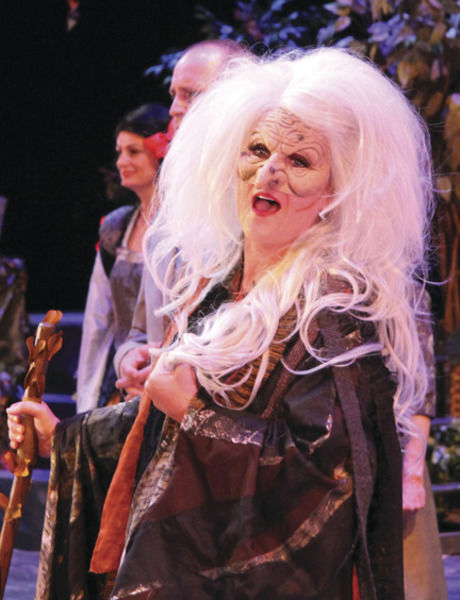 Katie Mendonca's portrayal of the Witch is poised to be a major highlight of the show. 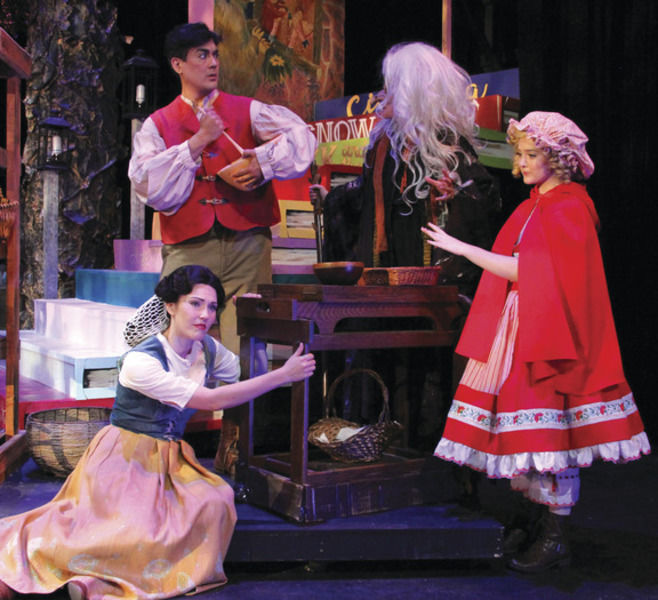 Katie Mendonca's portrayal of the Witch is poised to be a major highlight of the show.

Rockwall Summer Musicals hits the stage Friday for the first of its two summer musicals, Stephen Sondheim’s “Into the Woods,” running this weekend and next.

“Into the Woods,” debuted at Chicago’s Old Globe Theatre in 1986, combining an operetta style with familiar Grimm Brothers characters such as Rapunzel, Little Red Riding Hood, Jack and Cinderella, as well as unexpectedly realistic themes.

RSM’s production boasts an expansive and well-crafted set, contributed to by the organization’s own board of directors, as well as the talents of veteran director Bill Sizemore and a cast from across the North Texas area.

“I’ve worked with Bill twice before,” said Robert San Juan, who plays the Baker – a central character. “He’s incredible to work with and this show is no different.”

“Into the Woods” is a particularly special show for San Juan, both as a whole and in his role as the Baker.

“I saw the show not long after it first came out, back in the 80s,” San Juan said. “I’m not a huge Sondheim fan, but I’ve always loved this show a lot, especially how it mirrors real life – not everything gets a ‘happy ending,’ and characters like the Baker and his wife are very relatable ‘everymen.’”

San Juan’s counterpart in the Baker’s Wife, Mindy Bell, also gravitated toward the familiarity of their characters.

“I look at the Baker and his wife as Sondheim’s connection between the audience and the fairy tale world of Rapunzel and Jack and the Beanstalk,” Bell said. “These fairy tale characters are so familiar, but it’s hard to get some of these real-world themes across without these everyman characters.”

Bell, a veteran of Dallas-area theatre, said the show is among her favorites.

Those real-world themes range from the mundane to the risqué, including strained father-son relationships, infidelity and infertility. The central thrust of the musical follows the Baker as he heads into the titular woods, intent on breaking a curse that prevents himself and his wife from having children.

“I like to think of the Baker as the thread that holds the entire story together,” said San Juan, “and it’s fun getting to play a character who is just an average guy with shortcomings.”

San Juan, who cuts a dashing figure with wavy dark hair and a goatee and spends his daytime hours as a software engineer, said he would typically be typecast as a prince in a show like this, but when he conferred with Sizemore and expressed his interest in playing the Baker, they resolved to make it happen.

“We really wanted to show that the Baker’s struggles and the show’s theme can apply to anybody,” San Juan said. “I think it’s important to portray those difficulties as things anyone can deal with, regardless of appearance.”

In a much lighter role, Jack Supan of Fairview will be portraying the mostly comedic role of Rapunzel’s Prince who, along with Cinderella’s Prince, sings the showstopping “Agony” in the middle of the first act.

“I really enjoy how Sondheim uses the show to turn the idea of ‘happily ever after’ on its head,” said Supan, who will be attending Oklahoma City University in the fall to study musical theatre. “Plus, it’s been amazing to work with such a talented cast and a group of great musicians.”

Tickets for the next two weekends of shows are available at RockwallSummerMusicals.org, with evening showtimes for Fridays and Saturdays, as well as Sunday matinees.