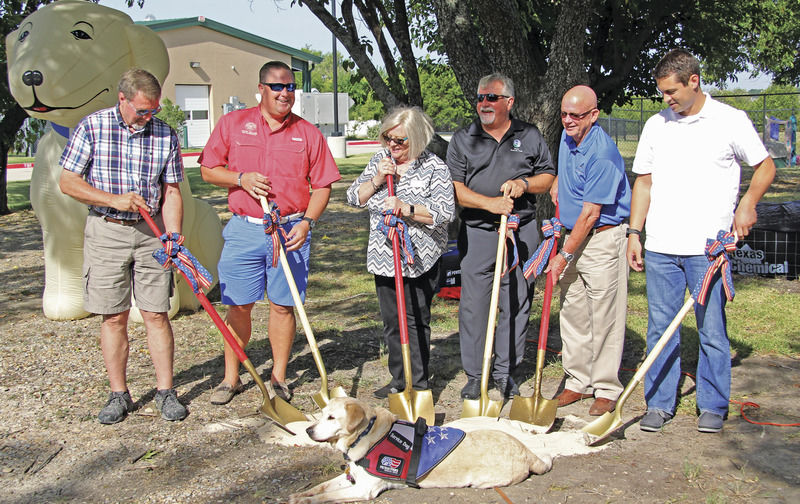 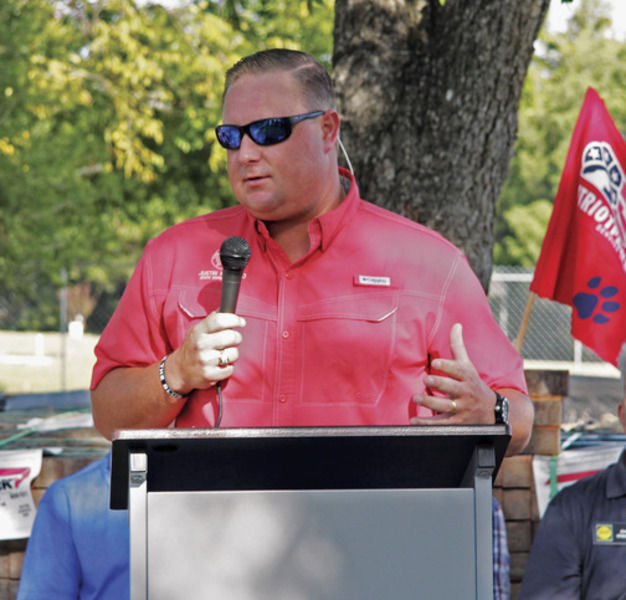 State Rep. Justin Holland spoke at the groundbreaking, voicing his support for the efforts of Patriot Paws. 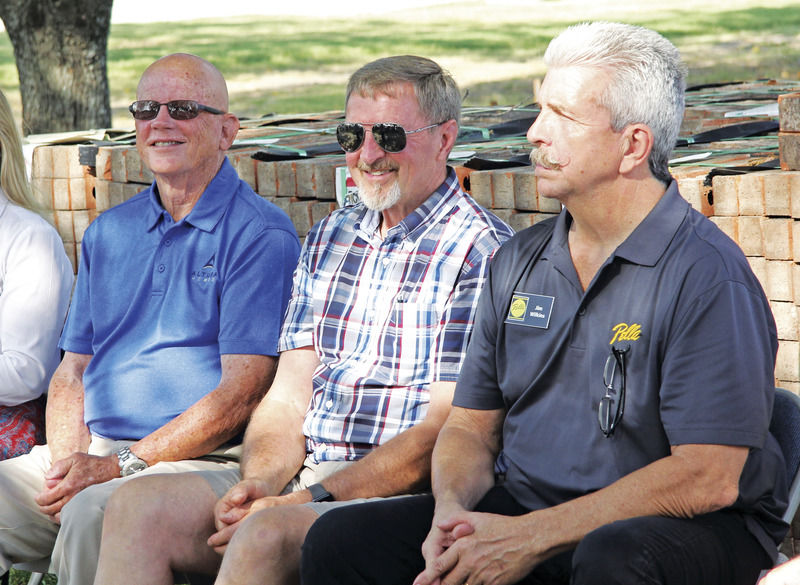 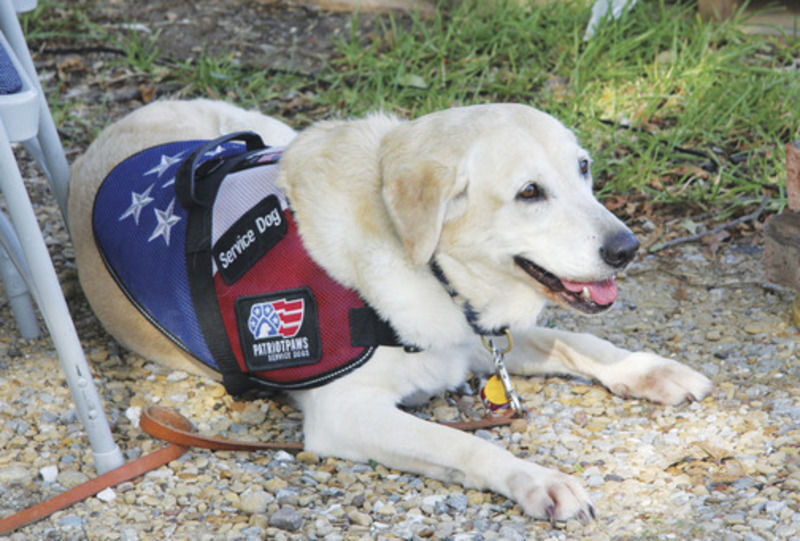 State Rep. Justin Holland spoke at the groundbreaking, voicing his support for the efforts of Patriot Paws.

Patriot Paws, a Rockwall non-profit that provides service dogs to disabled veterans, celebrated the groundbreaking on its upcoming guest house, which will service both veterans visiting the Patriot Paws facilities in south Rockwall and local veterans’ support groups.

The project is an ongoing collaboration between Patriot Paws and the Dallas Builders Association, as well as DBA members Mishler Builders, Pella Windows and Doors and Altura Homes, and is expected to be finished before the end of the year, according to Patriot Paws Assistant Executive Director Terri Stringer.

The 2,100 square-foot home will have two bedrooms and a large kitchen, and will be entirely Americans with Disabilities Act compliant to accommodate veterans with disabled mobility.

In addition to serving as temporary housing for visiting veterans, the house will also be available for veterans to use as a meeting space, whether for dedicated focus groups or just to gather with like-minded peers who share a bond few can understand.

Rockwall Mayor Jim Pruitt and State Representative Justin Holland were also in attendance at the groundbreaking. The City of Rockwall agreed earlier to waive any and all building permit fees for the guest house.

“We’re all committed to making this a great project,” Pruitt said. “If there’s anything the city can do to help it along, we’ll help. When you get kids, dogs and veterans together, that’s a ‘yes’ vote – that’s just how it works.”

Phil Crone, Executive Director for DBA served as the host for the event.

“The excitement that everyone will leverage into this project will get the job done,” Crone said. “We’ve never had an easier time working with the city, and that’s because of the reputation Patriot Paws has.”

Reverend J.D. Brown, Rector at Holy Trinity Episcopal Church in Garland and long-time partner with Patriot Paws, said he couldn’t be more proud of how far the organization has come – since its start in 2006 under the leadership of Executive Director Lori Stevens, Patriot Paws has trained and commissioned around 187 service dogs and social companion dogs for veterans and those with a mobility disability.

“I found them when I was looking for something my church could really partner with and invest in,” Brown said. “It’s really become a community effort for the church. A lot of my parishioners volunteer their time here, and Patriot Paws has used our church spaces for training events. We really love what they do here.”

Mike Mishler of Mishler Builders, one of the partners in the project, said Rockwall’s collective commitment to honoring and aiding veterans is a part of what makes Patriot Paws’ location so special.

“I think we really do support the veteran community and take care of them,” Mishler said, “and I’m really proud to be a part of that.”

The majority of Patriot Paws’ four-legged heros are Labrador Retrievers, though they also train Golden Retrievers and mixes of either with poodles.

“99 percent of the veterans we train dogs for have (Post-Traumatic Stress Disorder), Stringer said. “German Shepherds are, personally, one of my favorite breeds, but we try to stick to dogs that are perceived by the public as ‘family friendly.’”

Stringer said Patriot Paws beneficiaries become so only after a rigorous application process, including interviews and a committee of veterans that determines where need for a service companion is felt most.

“We get over 400 applications each month,” Stringer said, “so there has to be a pretty strenuous thinning process. We usually select veterans with combat-related disabilities, and mostly only veterans from the Gulf War and onward, though we do train social companion dogs for older veterans, from the Vietnam War and such.”