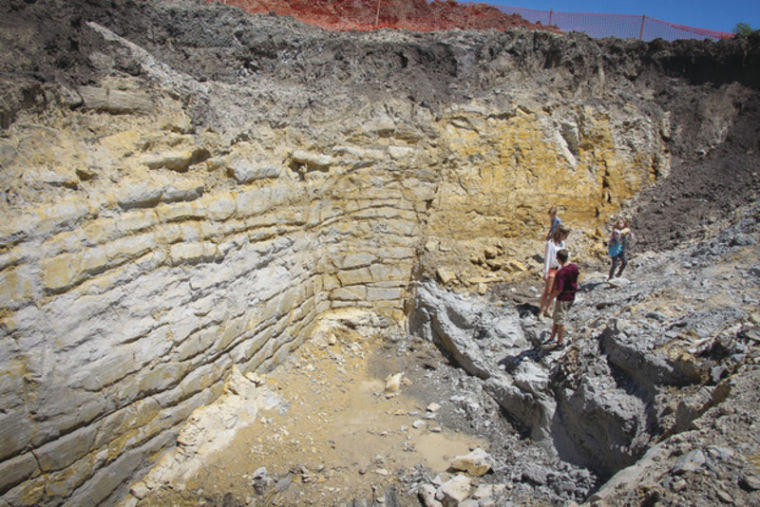 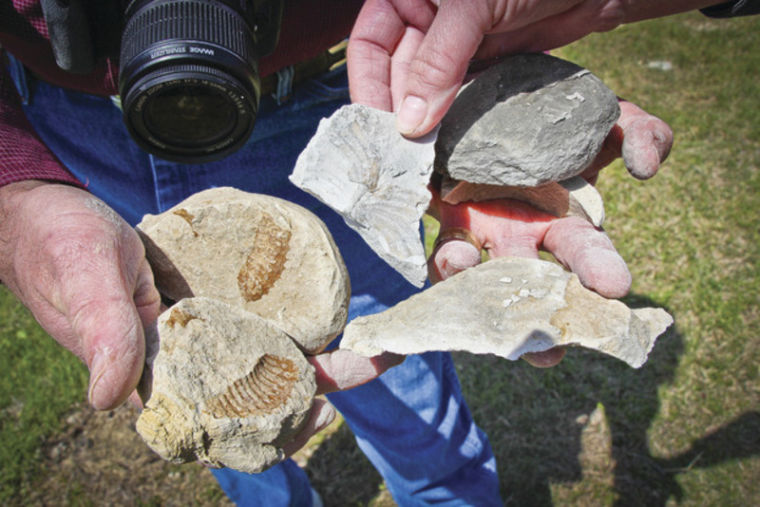 Rockwall’s best-kept secret is a secret no longer.

‘America Unearthed’, the investigative documentary-style hit television show of The History Channel, wrapped filming last week on its exclusive feature of the mysterious geological anomaly for which the town was named, taking with it the answers that Rockwall County citizens have speculated about for over a century.

With the help of local excavation expert Kevin Richeson, who funded the formations most recent archeological dig in the year 2000, cast and crew of the national television show spent five days tunneling 45 feet down into the earth to uncover a piece of the massive limestone wall-like formation, whose origins have been debated since a group of settlers first discovered it in 1952.

“The cast and crew of America Unearthed were unbelievably great people to work with,” Richeson said.  “We know that there are countless rumors surrounding this piece of history, and so our goal here was to bring in the most qualified experts possible and just present the straight scientific facts to the people [watching the show]. I think we definitely accomplished that, and everyone in Rockwall would be very proud of the work that was done here. It’s really something that the county can hang their hat on.”

John Guzman, a paleo-magnetic dater from University of Texas—Dallas, local historian Sheri Fowler, and forensic geologist and “America Unearthed” host Scott Wolter, were amongst the experts who served as researchers and consultants of the excavation.

“It’s going to be interesting seeing what kind of conclusions they come to,” Rockwall mayor David Sweet said. “I look forward to hearing what the experts’ opinions are and to seeing a modern day look at what actually is down there. Even through all of the speculation and folklore, I think they might definitely have some surprising things to share with us come this fall when the show finally airs.”

Last Saturday, following the conclusion of the show’s filming, local resident Rob Cameron, property owner of the chosen excavation site, held a celebration barbeque for a large group of Rockwall residents, which featured an exclusive look into the excavation site—the first that the public has been allowed to view in over three decades.

“I know how rare of an opportunity this is for Rockwall, and so I obtained permission from the History Channel to allow a couple hundred guests to tour the site before we had to cover it up,” Cameron said, adding that the site had to be re-earthed within a couple of days due to the liability risk a large crater in the earth would pose. “I wanted as many people as possible to be able to see for themselves such a vital piece of our town’s history.

Amongst those in attendance were Congressman Ralph Hall, Mayor David Sweet, and Rockwall County District Attorney Kenda Culpepper. Guests were encouraged to dig for fossils—which largely featured imprints of seashells whose origin date is yet unknown—in the multitudes of hardened clay scattered throughout the crater.

“It was electrifying to see that wall,” Culpepper said. “It was so amazing to get such an incredible historical perspective in person, to actually be able to see the rock wall that I’ve heard about for so long and to see my 6-year-old daughter experience it, too.  To see everyone in the community come together like this over something that is so central to the identity of our city just gave me a lot of pride to know that this is the place that we get to call home.”

Though geologists concluded in the late 1800s that the structure was nothing more than large groupings of Clastic Sandstone Dikes, a natural sedimentary formation found throughout the world in various forms, a 1925 study by archeologist Count Byron de Prorok that was published in the Dallas Morning News stated that the wall was constructed by a ‘prehistoric race’. From there, an ever-growing folklore was born that the town began passing down from generation to generation.

“The best part about the wall has always been the journey, not the destination,” Sweet said. “One of the neat things about Rockwall is that, no matter what the truth is, whether it’s man-made or a natural occurrence, it’s always going to be a part of our history. Long after the experts have given us their definitive answers, I think people will continue to speculate and pass down the legends for generations to come.”

‘America Unearthed’ will make its second season debut on the H2 channel in the fall, with Rockwall’s featured episode slated to run sometime during November sweeps.