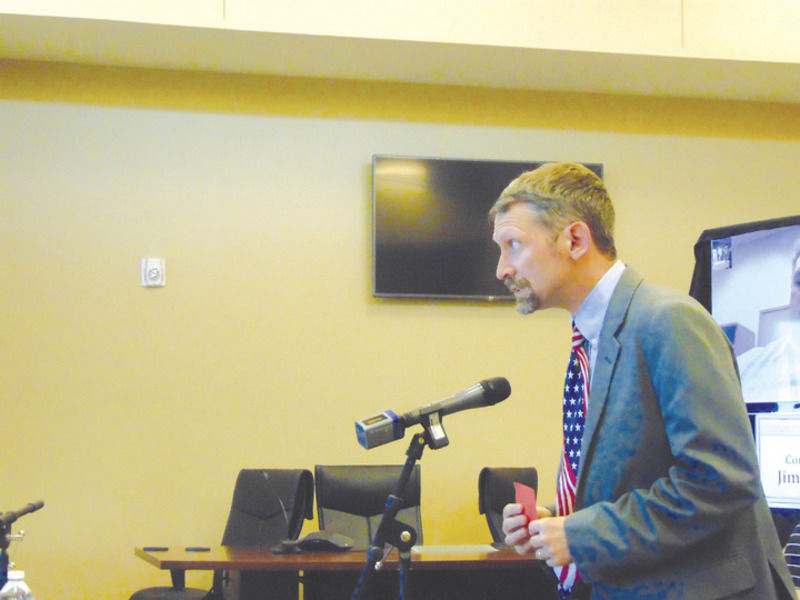 Justice of the Peace Mark Russo explains the rules at the McLendon-Chisholm city council candidate forum on April 20. Russo moderated the forum. 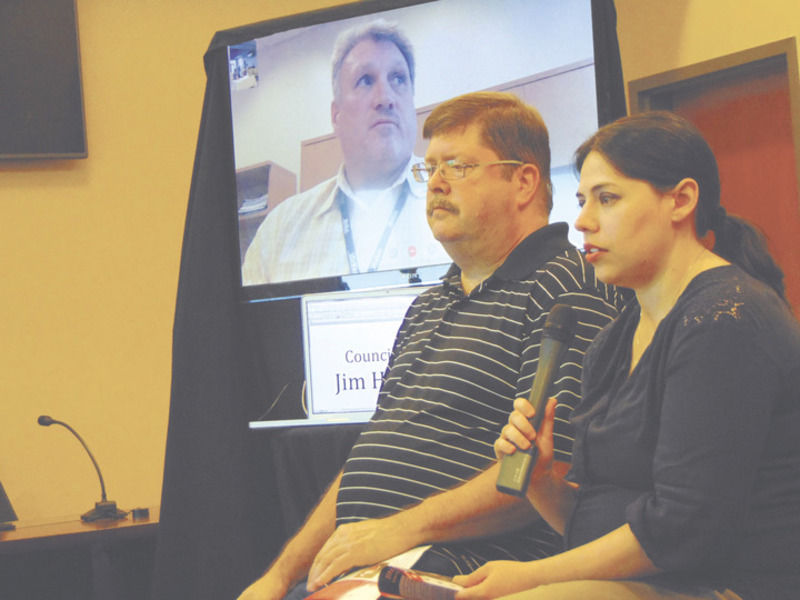 Justice of the Peace Mark Russo explains the rules at the McLendon-Chisholm city council candidate forum on April 20. Russo moderated the forum.

One question he asked was whether candidates would work to lower the cost of the public improvement district (PID).

Adrienne Balkum, who is running for Place 1, said if there was a legal way to do it, she would do whatever she could to help.

Scott Turnbull, who is running for Place 3, agreed that if there was a legal way to explore it, he would.

“My understanding right now is the assessment that came with the property is fixed and lasts for 30 years,” Turnbull said. “And the only thing that varies is the maintenance and operation portion of it. So, there isn’t much we can do because that’s the way it was designed and put together. If someone can come up with a legal way of getting out of it, fine. But I don’t see how it can be done.”

Jim Herren, who filled the vacant seat in Place 5 and is running for Place 5, said there really is no legal way to change the PID.

“If there was, I’m sure that we could entertain that,” Herren said. “But the way that the document was written, it was written in such a way that is locked in. It’s a legal binding document. So we have to go back and look at it to see if there is a possible way of doing that.”

He added that the council would also need to see what the ramifications of lowering the costs of the PID would be.

Russo also asked what each candidate’s vision for McLendon-Chisholm is. They all agreed that they want to keep the city rural and not alter its uniqueness.

Another question Russo asked is if candidates would support the expansion of city services such as a fire department and McLendon-Chisholm police department and what their plan is to expand city revenue in order to pay for those services. This question came from a resident.

Balkum said the council needs to make sure they have good plans.

“I’m not going to be supporting anything that doesn’t have number one a plan,” she said. “We have to have reasons and also facts of information. There’s so much that goes into building a city and expanding.”

She added that the residents would need to vote on that and that it would come down to the city’s pocketbook. If the city can’t afford it, she said it needs to be conservative of what it has and be fiscally responsible.

Turnbull said he does not see McLendon-Chisholm growing fast enough or large enough to ever need a police department.

He added that the city could very easily contract with the sheriff’s department.

He also said it ultimately comes down to what the citizens want and right now they’re not saying they want those services.

Herren agreed with Turnbull and said it would be a very long time before the city grew that large to require some of those services.

“We have to look at what are the requirements, do we have the resources to sustain those and are there alternative ways to provide the same services if we did it ourselves,” Herren said. “Do we hire and staff a police force on our own or are there other alternatives such as contracting with the Rockwall sheriff’s department to have dedicated workers in our area.”

He added before they should think about spending money at city hall where they find themselves in debt and have to raise taxes on residents, they should be looking at other alternatives so they can be good stewards of the residents’ money.

Another resident question Russo asked was why the council won’t go ahead and support an 8.25 percent sales tax.

Turnbull said it’s on the ballot and that residents should vote on it May 6.

Herren said how many businesses actually exist in McLendon-Chisholm and what’s the revenue base that we’re going to get off of that. He said it’s something they need but at this time they don’t have the number of businesses that make it worthwhile to have that tax.

Balkum, however, disagreed. She supports the 8.25 percent tax and said they need to keep up with all the surrounding cities.

Turnbull said he would vote to not appoint. However, he said if the majority of the council votes to appoint, then he will participate in the discussion and choose the person they appoint.

He also said he doesn’t see the special election as an option because of its cost.

Herren, however, said he would vote to appoint someone because the council needs a leader.

Balkum also said she would vote to appoint someone as mayor because it is an opportunity to move forward and a special election is too expensive.

The last question Russo asked is why each candidate decided to run and why should voters vote for them.

Herren said he ran because there were some things in McLendon-Chisholm that he didn’t like. He said he wanted to be a part of the solution and not a part of the problem.

“The reason I ran is because if you don’t like something and you want it to change, you should get involved and take part in it,” he said. “That’s my reason for running. I want to have a say in what’s going on in our city. I don’t want to just sit back and complain about what’s going on.”

Balkum said she ran because she kept hearing complaints and wondered who would be the voice for those with those complaints. So, she stepped up to the plate.

“Just know that my heart is completely pure to do this,” she said. “I am not looking to be some sort of person to get a medal of honor. I’m just here to do the work. And whatever it takes to get the work done, I’m going to be there to do it. “

Turnbull said he got involved because between 2007 and 2016, voter apathy allowed what happened in this town to happen.

“It’s my opinion the council counted on no one paying attention to what was going on so they could do what they want,” he said. “That’s the reason one of my agendas is communication. I want to make sure that if you want to know, there are multiple ways.”

Rhonda Davis was not at the candidate forum. She filed for Place 5.

Early voting began April 24 and runs through May 2. The election is May 6.

Jasmine C. Johnson may be reached at jjohnson@heraldbanner.com.