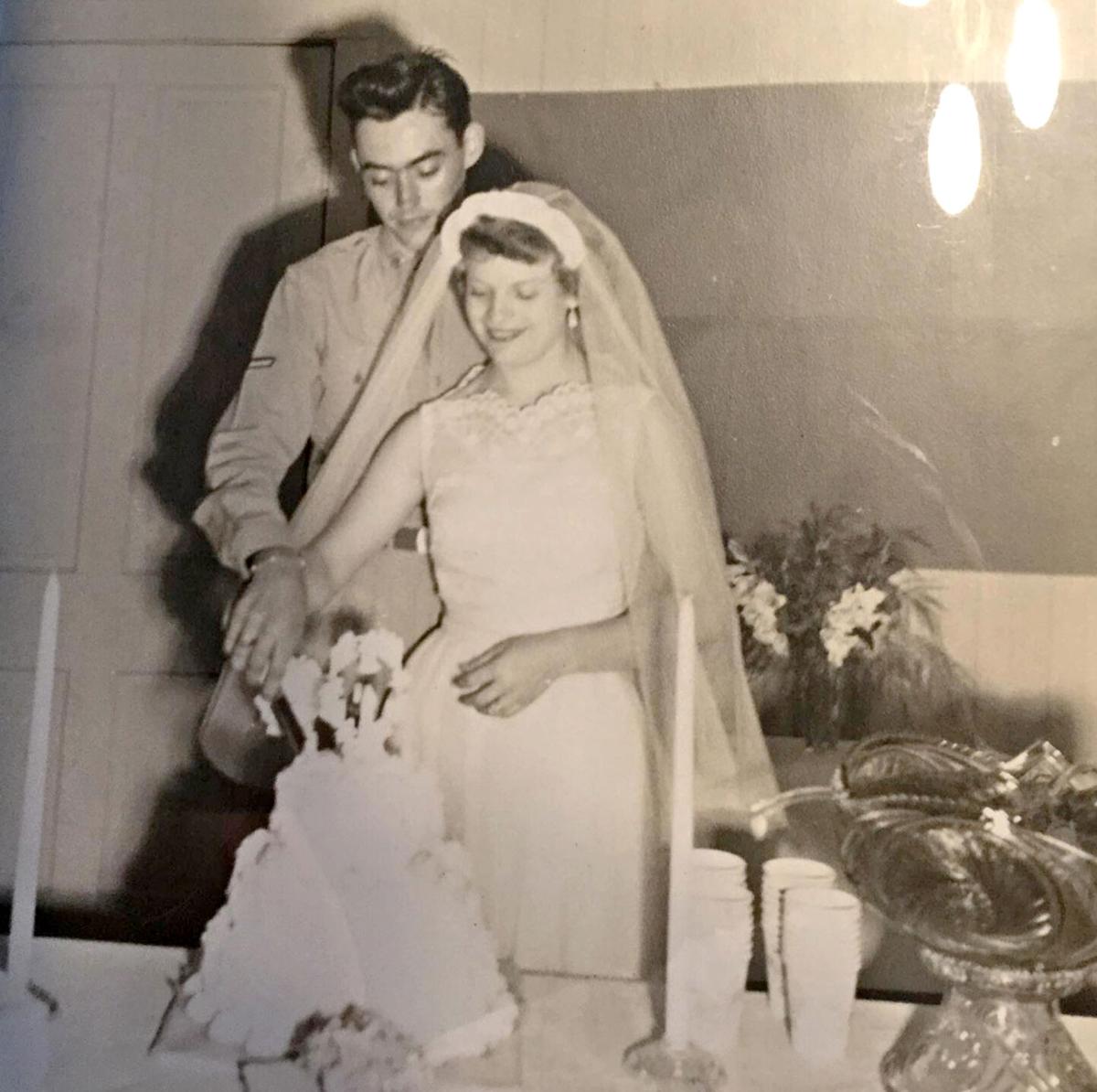 On Aug. 4, 1951, Davey and Shirley Ferguson — then of Commerce, Oklahoma, now of Rockwall, Texas  — happily tied the knot. 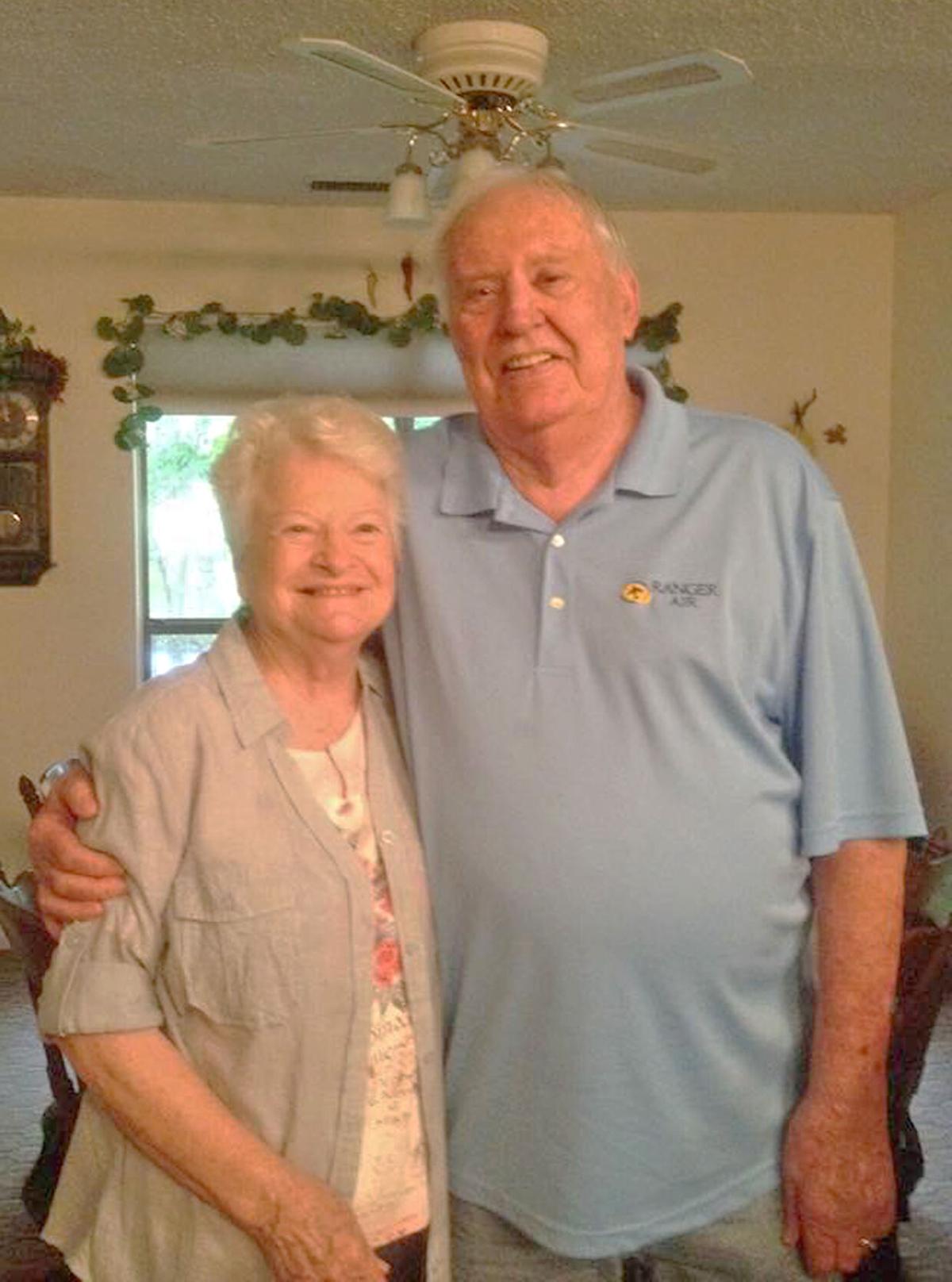 After 70 years of marriage, Shirley and Davey Ferguson of Rockwall still find plenty worth celebrating.

On Aug. 4, 1951, Davey and Shirley Ferguson — then of Commerce, Oklahoma, now of Rockwall, Texas  — happily tied the knot.

After 70 years of marriage, Shirley and Davey Ferguson of Rockwall still find plenty worth celebrating.

This weekend, Shirley and Davey Ferguson of Rockwall will mark a milestone that few have the opportunity to celebrate―a platinum wedding anniversary.

The two 92 year olds first met when they were both 14, and (as of Thursday) have now been married for 70 years. Despite the decades that have passed since, the two still remember when they first met and the early years of their courtship.

Davey first met Shirley while he was visiting her family's farm in Commerce, Oklahoma.

“The first day I saw Shirley, she was shoveling manure, but I thought she was the cutest girl I'd ever seen,” Davey said.

Similar to her husband, Shirley also has some chuckle-inducing memories of the early days of their relationship, since she was a true “country girl” while he wasn't as experienced with rural living.

“The first time we went riding, I had to saddle and bridle the horse for him, because he had never done it before,” Shirley said.

Eight years after first meeting each other, the two married. By that time, Davey was serving in the U.S. Air Force and Shirley had recently received her degree from Oklahoma A&M (now Oklahoma State University) and was about to begin her teaching career.

Davey eventually ended up serving 24 years in the Air Force before retiring as a master sergeant, and then went on to work at White Sands Missile Range in El Paso in 1975 and retired in 1993.

As for Shirley, she taught mostly first grade during her 18 years as an educator, and was named teacher of the year twice, while working in El Paso.

Nowadays, even in their nineties, the two stay happily engaged in different activities.

“We are 92, so we don't get out a whole lot, but I love to read and Davey likes getting on the internet,” Shirley said.

In regard to being somewhat uniquely comfortable with technology for a senior, Davey  said, “Oh, I'm online several hours a day. I enjoy talking with people on Facebook and connecting with folks I haven't seen in years.

“I have a granddaughter who lives in England who's just amazed that I use the internet as well as I do,” Davey added with a snicker.

This Saturday, Davey and Shirley will gather with family and friends to celebrate their long and happy marriage. Their union has produced two daughters, one son, six granddaughters and three great-grandchildren.

“There have been a few bumps along the way, but we've had and we still have a very good life,” Davey said.