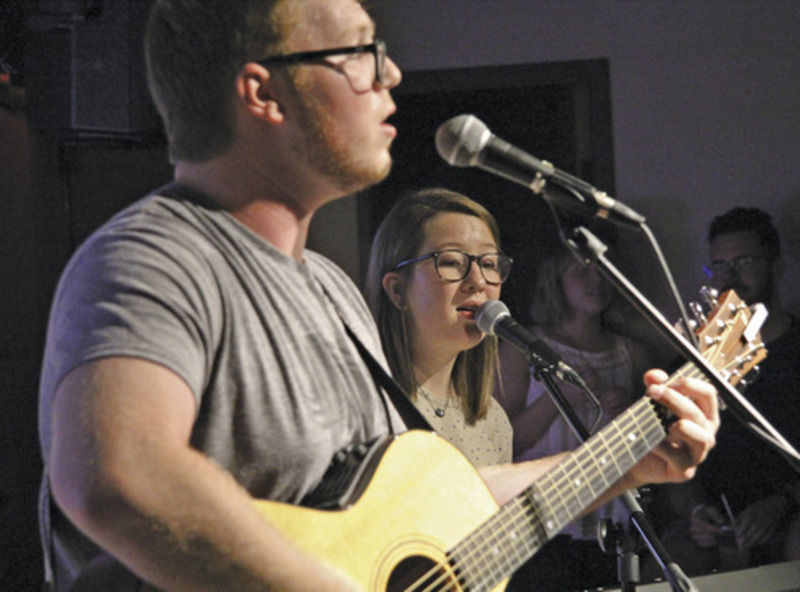 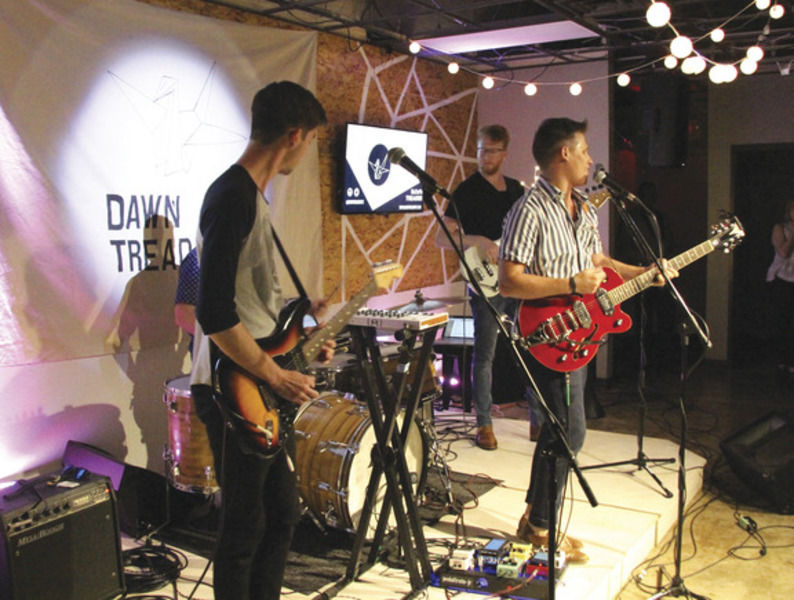 Off the Mountain, the second band to perform at Saturday's Dawn Treader event.

Off the Mountain, the second band to perform at Saturday's Dawn Treader event.

For nearly a year, Dawn Treader has been providing monthly live music and craft coffee, typically the realm of college towns and larger cities, right here in Rockwall.

The brainchild of Rockwall native Isaac Fox, Dawn Treader’s mission extends beyond the notes and coffee grounds, rather hoping to use those to raise the money necessary to support Dallas-area charities and build orphanages in impoverished countries.

“When we started, the vision and the conviction was to donate 100 percent of our profits,” said Fox, who spends the rest of his time as the youth pastor at Cornerstone Church in Rockwall. “Getting the money channeled to an orphanage project is still in the works, but so far we’ve been donating 10 to 20 percent of our profits to Dallas projects like Exodus and the Dallas Life Foundation.”

Exodus aids formerly incarcerated mothers and their children with getting back on their feet, and Dallas Life Foundation runs one of the largest homeless shelters in the country.

“Our mission is to determine the most impoverished country on each continent and to build an orphanage there,” Fox said.

Dawn Treader already has its sights set on its first location: Zacapa, Guatemala, where Fox will be leading a youth mission trip soon.

“What we want to do is partner with existing churches and organizations in Guatemala and work together with them,” Fox said. “We’ll first look for credible security and hire a staff of hopefully homeless and widowed women to provide them with secure and well-paying jobs.”

This two-pronged misLsion, caring for orphans and for widows, is something Fox says has been on his mind and heart from a young age.

“Since we started, we’ve attracted a lot of people who care deeply about social justice, which is not really what we expected at all,” he said. “Because of that, a lot of people think what we’re doing is political, but it’s not – it’s just obedient.”

Crowds at Dawn Treader, which uses a space inside Cornerstone each month, typically number more than 100, with anywhere from one to four musical artists performing in a given event.

“We live in one of the most privileged counties in Texas,” Fox said. “It’s one of the wealthiest, and while there are exceptions, most people don’t have to worry about where their meals will come from, or how their children will be cared for.”

The amazing thing, according to Fox, is that most of Dawn Treader’s donations come from young professionals and college students making less than $20,000 a year.

“We emphasize that, even though it happens in a church, we are not a ‘Christian’ event,” Fox said. “While the Dawn Treader staff does what it does because we’re being obedient to God, we want other people to join in on that mission too, regardless of belief.”

Dawn Treader’s name, lifted from the title of C.S. Lewis’ “The Voyage of the Dawn Treader,” the fourth book in the series The Chronicles of Narnia, also hold special significance for Fox and the organization’s mission.

“I love that the ship’s name is based on the dawn – on sunrises rather than sunsets,” Fox said. “That’s what we want Dawn Treader to be about, having an eye for the future and being an example of what’s next, what’s to come.”

For Fox, who has overcome his own struggles with mental health and addiction, Dawn Treader is just the logical step in extending the same second chance he received – a second “dawn” - to others, and to show others that such a thing is possible.

“We get over 100 people at nearly every event, our concessions cover our expenses which are already minimal anyway, and we’re raising money to do some incredible things,” Fox said. “It’s amazing how faithful God has been to our mission.”

From here, Fox hopes to partner more with Rockwall businesses and businesses local to their orphanage projects for donations and materials.

“Even with the money raised, we want companies to partner with us in a group effort first,” he said. “Whether that’s donating materials or supplies or just selling them at cost, anything helps.”

“We’re thankful for Cornerstone and the space the church has provided for us, but we’re really praying for investors at this point,” said Fox. “We really want to find a permanent space for both a music venue and to house our operations, especially as the orphanage building starts to actually happen, so that’s what’s coming up next.”

Dawn Treader has its sights set on the Bishop Arts District in Oak Cliff for a possible venue space, but also hopes to expand to other cities around the country with each venue supporting a shared mission.

“Seeing people from all different backgrounds come together to truly care for the ‘least of these’ is indescribable,” Fox said. “It’s the greatest thing in the world.”

More information about Dawn Treader, its schedule and booking can be found at DawnTreaderTX.com.