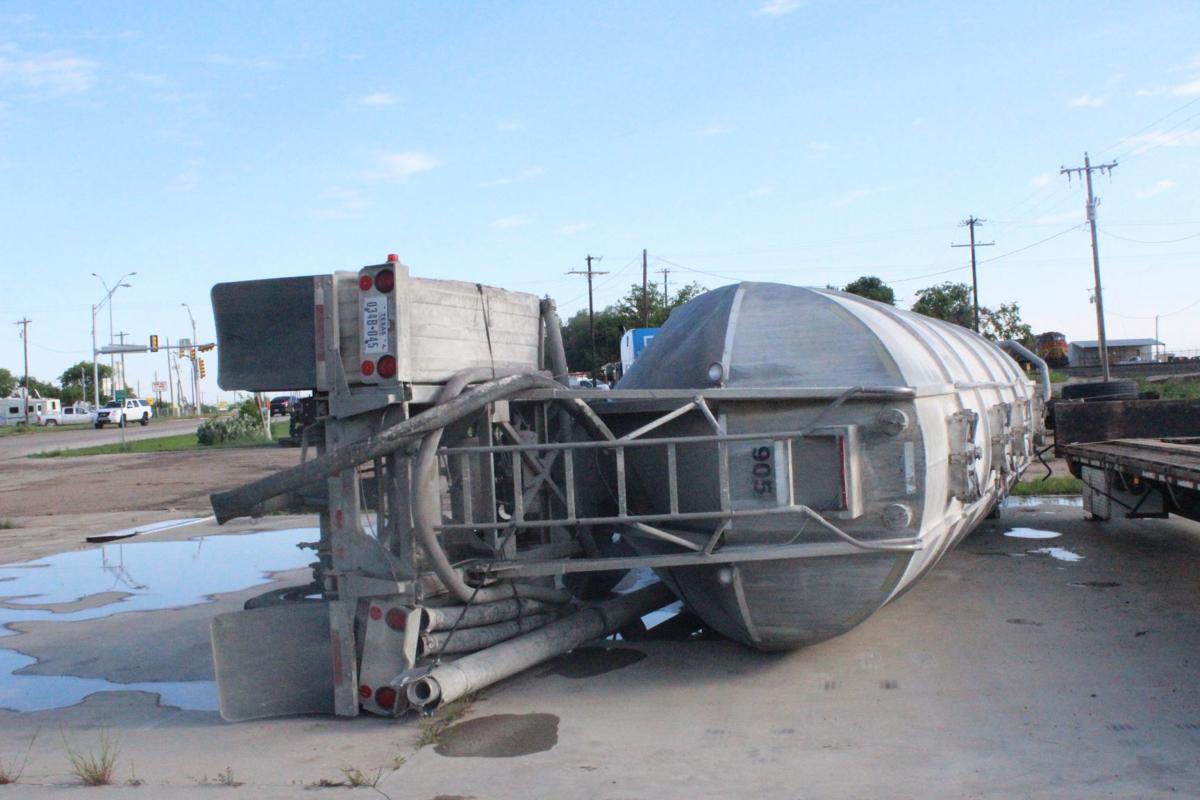 Strong winds from Sunday night's tornado turned a tractor-trailer on its side. 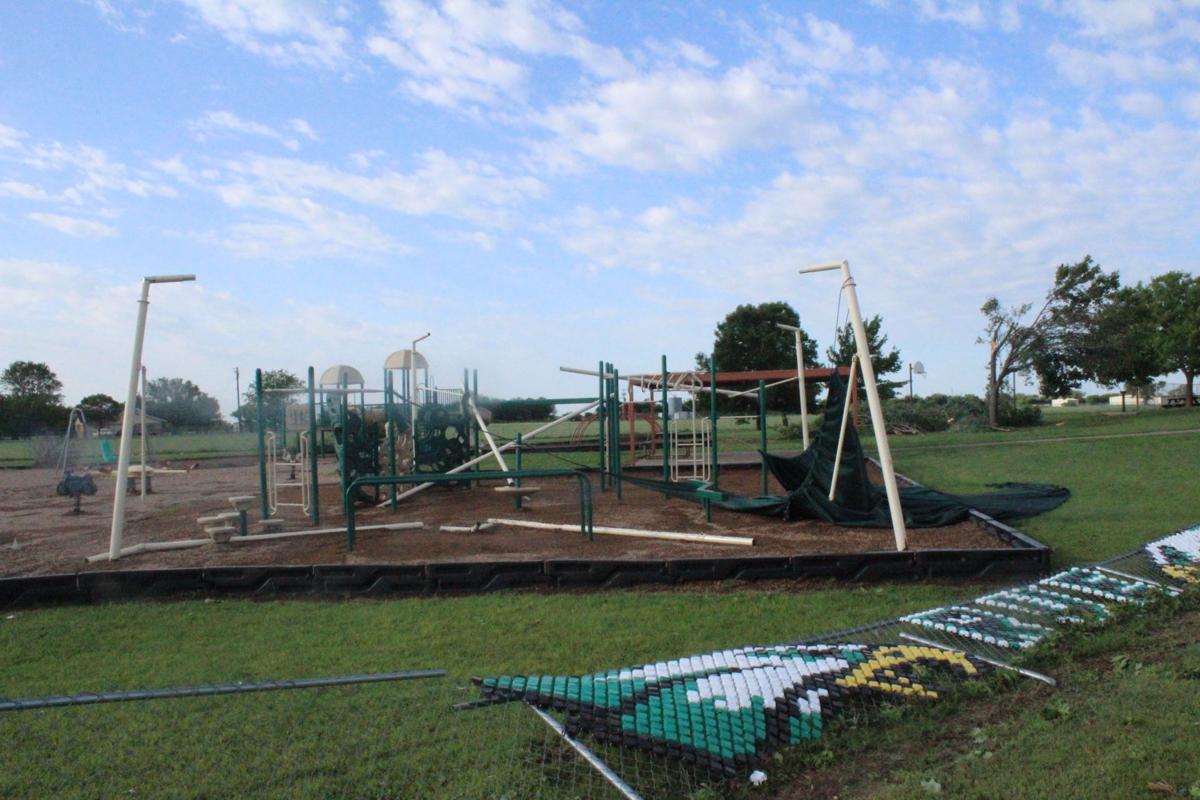 Strong winds from Sunday night's tornado turned a tractor-trailer on its side.

A severe weather system with the potential for hail, damaging winds, tornadoes and flooding will continue moving through east Texas and into the northern Gulf Coast states Monday, according to the Weather Channel.

The same system produced at least three tornadoes—one a mile wide—and soft ball-sized hail in North Texas on Sunday night, leaving behind a trail of damage in parts of Bono, Cleburne and Rio Vista.

The first tornado hit Cleburne State Park about 9:40 p.m. The second was sighted about 10 p.m. near Rio Vista High School and a third hit Grandview shortly before midnight.

As of Monday morning, rescue workers had credited only one injury to the storms. A Johnson County Sheriff's Office deputy was treated for minor injuries when his patrol vehicle became trapped in high water early Monday morning.

“We just left one guy’s place [on FM 1434] where he was blocked in by trees knocked down and couldn’t get out,” Bono Volunteer Fire Department Chief Ralph Vaquera said Monday morning. “We cut those out and we’re moving down the road to see who else needs help now.”

“It was bad,” Duncan said. “Lasted 45 minutes, maybe an hour. It just stopped right here, sat on top of us and didn’t go anywhere. I could see it past the tree line heading toward Grandview then started hearing, boom, just stuff hitting stuff and told my girlfriend, ‘Babe, get in the closet, it’s here.’ The sirens are right over there and I couldn’t hear them the storm was so loud.”

Duncan spent Monday morning waiting for help to remove the tree on top of his car in the front yard of his home.

"I’m just thankful no one got hurt," said Duncan's neighbor, Deann Linton "I haven’t heard of anyone getting hurt at any rate. As long as we didn’t lose anybody. Everything else can be replaced.

“The kids are happy. The trampoline survived and didn’t get blown away.”

Several downed trees littered the grounds of Rio Vista Elementary School the storms having also damaged the playground and a portion of the fence around it. Rio Vista schools remained closed on Monday.

On the other side of town, a tanker trailer lay on its side in the parking lot of a former gas station. The truck, which was empty, apparently was knocked over after being hit by the metal awning of the former gas station, wrecker crew workers said.

“We had three swift water rescues overnight,” Rio Vista Volunteer Fire Department Chief Dale Hutchison said on Monday morning. “And some people flooded in, but everyone’s alright and no one’s lost a house that we know of so far. We’ve had a busy night and we’ll be out here today going around and cleaning up.”

“The wind was blowing it sideways Friday night, so the amount may actually have been higher,” White said.

“The majority of that damage happened because of straight line winds,” Jones said. “No real damage to homes or city facilities and they got most of the damage cleaned up pretty quick this weekend. Last night we came through fairly unscathed. Which is always good when you can say the majority of your damage was a few limbs down and no one hurt.”

The Cleburne (Tex.) Times-Review contributed to this story.